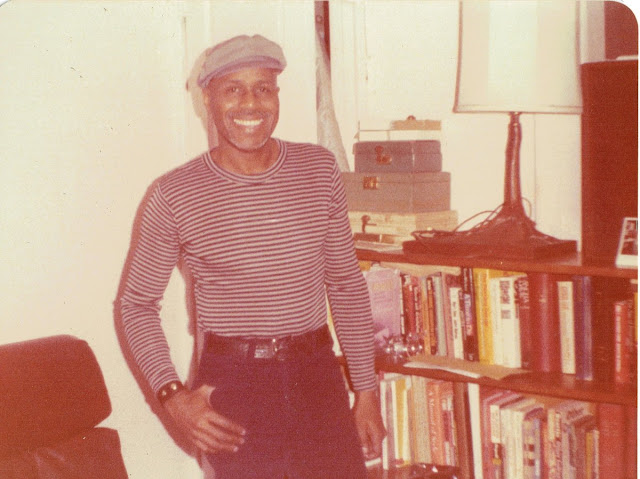 Martin Sostre was born in Harlem in 1923.
Courtesy of the Sostre family 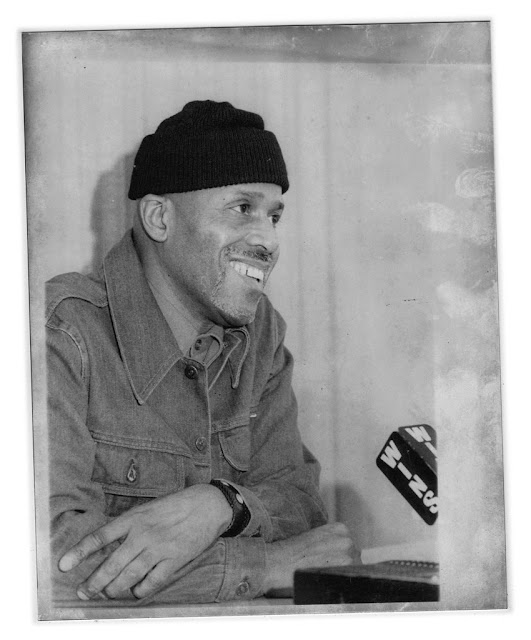 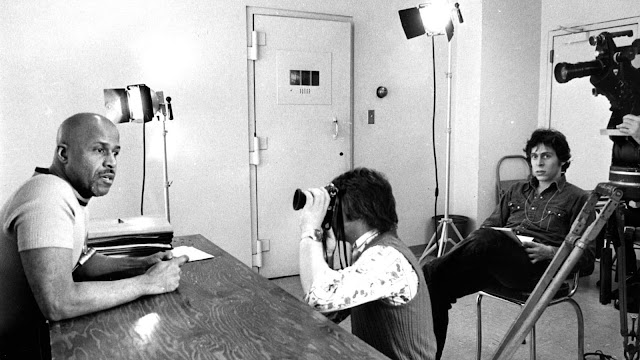 There are many words to describe Martin Sostre and everything he's done with his actions and activism to raise awareness, educate and embrace change. Martin Sostre sets an example of living your legacy and in your truth. He was an activist, creator, intellect and revolutionary, He is significant in securing legal rights for prisoners.
Martin opened the first Afro Asian Bookstore in Buffalo New York. He brought the Harlem vibes to Buffalo. "Sostre got the idea to buy a $20 record player at a pawn shop and then $50 worth of jazz and rhythm and blues records. He put a loudspeaker outside the store, and the music brought young black men inside. Sostre enjoyed playing the role of mentor. "I taught continually — giving out pamphlets free to those who had no money," he later wrote. "I let them sit and read for hours in the store." His bookstore created a new world from the real word, you can escape in the literary works.
"street dude, a hustler"
"Living in the streets by your wits makes you alert"
Martin received a different type of education, lessons on what he later described as “the methods of the streets,” which would set the tone of what was to come. By having the proper mind frame combined with experience was helpful for Martin to adapt and understand his environment.
Film: Frame-up! The Imprisonment of Martin Sostre
Credit/Photo/Resource:
https://www.npr.org/sections/codeswitch/2017/04/14/507297469/how-one-inmate-changed-the-prison-system-from-the-inside
Copyright 2021 BrainsBooksBeauty

Popular posts from this blog

August 29, 2021
Rosario Dawson & Abrima Erwiah, photographed by Joshua Jordan A brand that I appreciate and deeply rooted in humanity, culture, skill and technique. A thoughtful and ethical approach in fashion and lifestyle. I had the pleasure of attending a Studio One Eighty Nine fashion show and it was a warm and welcoming experience, Studio One Eighty Nine creators (image above) Rosario Dawson and Abrima Erwiah represent substance with Brains Books and Beauty. "STUDIO ONE EIGHTY NINE (headquartered in Ghana, West Africa and USA) is a social enterprise that provides a platform to help promote and curate African and African-inspired content and brands through worldwide distribution and manufacturing of our private label artisan produced collection as well as through our support of other brands. We focus on empowerment, creating jobs and supporting education and skills training" Studio 189 Fall 2021 Fashion Show  " Studio One Eighty Nine, the fashion brand co-founded by actress Rosa
Post a Comment
Read more

July 08, 2022
Gerald “Prince” Miller (left) and his uncle Kenneth “Supreme” McGriff       Kenneth “Supreme” McGriff (left) and  Gerald “Prince” Miller (right) "A three-part limited docuseries that takes an in-depth look at the notorious Queens, New York gang, and tells the real story from the mouths of its two leaders and family members, Kenneth "Supreme" McGriff and Gerald "Prince'' Miller"  Directed by Nasir “Nas” Jones and Peter J Scalettar Credit: Showtime  https://www.sho.com/supreme-team  and second photo credit Gerald "Prince" Miller  Any decision made in life is something we all have to live with.This docuseries provides insight and perspective into the lives of the Supreme Team. Viewers get the opportunity to view the world from their lens and growing up in Queens, New York. Calculated, calm, collected and self aware. This docuseries provides viewers with understanding of who they were, their environment, lifestyle, lessons and the men they have be
Post a Comment
Read more